Recent study indicates between 88 to 95% of the plastic polluting the world’s oceans pours in from just ten rivers, eight are in Asia and the remaining two in Africa. These rivers account for about five trillion pounds of plastic garbage that is floating in the seas.

The Ganges River in India is responsible for about 1.2 billion pounds, while the Yangtze has been estimated in previous research to dump some 727 million pounds of plastic into the ocean’s each year. 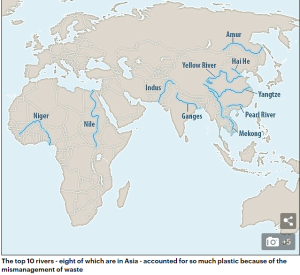 It is estimated that over 200 million marine mammals, seabirds and sea turtles are killed each year by ingesting plastic garbage in the ocean.
Read more: http://www.dailymail.co.uk/sciencetech/article-4970214/95-plastic-oceans-comes-just-TEN-rivers.html#ixzz5EHImoyzj

Nigeria has announced plans to restore nearly 10 million acres, of degraded lands within its borders.

Nigeria’s economy is the largest in Africa, but deforestation has become widespread amidst the country’s rapid pace of urban development and population growth. 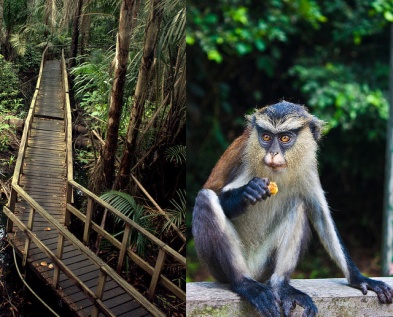