The Indochinese tiger (Panthera tigris corbetti) is one of the six living tiger subspecies, and is found in Myanmar, Thailand, Laos, Cambodia, Vietnam, and southwestern China.

The total population is less than 325 individuals in the wild. The largest population unit survives in Thailand estimated at 175 to 200 individuals. There are 75 individuals in Myanmar, and only 20 Indochinese tigers remain in Vietnam. The last tiger seen in China was 2009 in the Yunnan province.

As recently as 1999, Cambodia was home to one of the world’s largest tiger populations. Within a decade, the big cats had been eliminated from the country due to poaching and habitat loss. The last  Indochinese tiger (Panthera tigris corbetti) was captured by camera trap roaming the lush Mondulkiri Province in the country’s east in 2007. Nearly 11 years later, none have been seen. 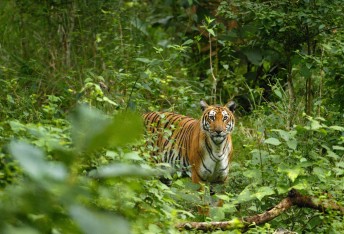 The Cambodian government is looking to change that. The Ministry of Environment announced in late September that it is moving forward with a plan, along with the WWF, to reintroduce tigers to Cambodia — a scheme that has drawn criticism from wildlife experts across the globe due to weak rule of law, rampant poaching and the destruction of Cambodia’s environment through illegal logging and other practices

However are there are a number of conservation organizations and scientists that feel now is not the right time to launch this program in Cambodia.

The grizzly bear population in Yellowstone National park number over 750 individuals. Male bears are moving north to expand their range and could meet up with members of their species around Glacier National Park within ten years or less. The distance between the two parks is 410 miles and their are a number of National Forests connecting the two parks as a wildlife corridor.

Though Ringling Bros. Barnum & Bailey Circus closed last spring after its by holding its final performance, the big cats did not get to retire along with many of the “animal performers”.

The big cats, lions and tigers are owned by Alexander Lacey, and he has moved them to Europe to perform in circuses their and spend their remaining lives in misery. 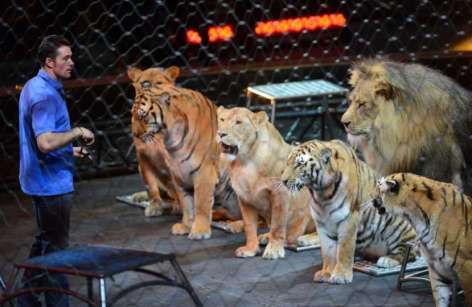 A new and third species of orangutan has been confirmed by genetic testing,  nearly 90 years after scientists first heard rumors of its existence.