We frequently hear about warming ocean temperatures, waste pollution, and habitat loss in marine environments, but little attention is given to another large issue affecting marine life: noise pollution. Noise pollution is beginning to show a major physical and behavioral affect on marine species ranging from whales, sea turtles, and sea birds to carbs, shrimp, and invertebrates. The pollution is mainly coming from the explosive sounds made by cargo ships, sonar guns, and air guns used by the U.S. Navy and during gas exploration. One species in particular, the Blue Whale, is drawing more attention to the issue because of how they’re affected by the noises. 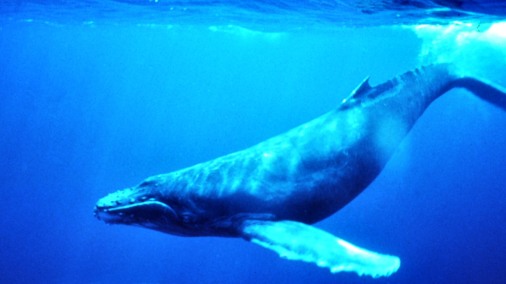 Noise pollution can be harmful in multiple ways. Species of whales and dolphins rely heavily on sounds while communicating with each other, hunting prey, escaping predators, and finding mates. The loud noises made during human activity can mask the sounds made by the marine organism, causing it to become lost or separated from its family, or interrupting its role in the food web. Noise pollution can also physically harm marine organisms depending on the size of the vibrations caused by the sound.

The National Oceanic and Atmospheric Administration (NOAA) has attempted to eliminate this issue on a case-by-case basis, preventing the use of the sonar guns or cargo ships when an organism is present in the nearby distance to the source of the noise. NOAA has now spent 6 years drawing an Ocean Noise Strategy Roadmap to deal with noise pollution and bring more attention to this issue. Not only are endangered species being watched closely, but also the entire effect from noise pollution is being researched to determine how whole marine environments are being altered.